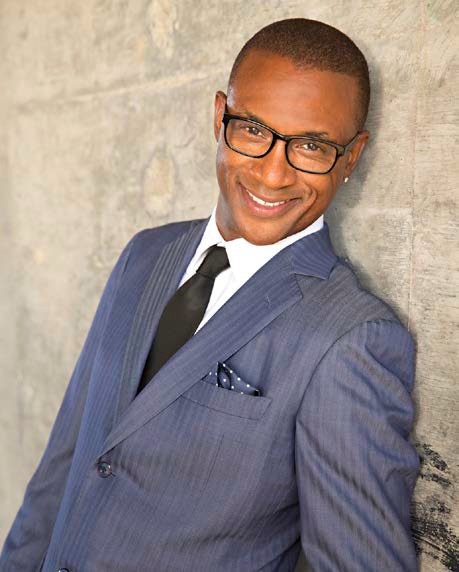 Tommy along with Jamie Foxx, Jim Carrey, Damon Wayans and David Alan Grier were the uniquely talented cast of the most adventurous primetime variety show on television, In Living Color (1990), made TV history. The iconic sketch show was recently honored with the 'Groundbreaking Award" by TV Land in a star-studded salute guided by Whoopi Goldberg and this year celebrates its 25th anniversary.

Tommy’s film debut started opposite Halle Berry in Strictly Business. A range of feature film roles from Spike Lee’s Bamboozled, where he received acclaim and praise for his turn as “Womack/Sleep ‘N Eats,” to Juwanna Mann (Morgan Creek) and the pivotal cameo in Jim Carrey’s Ace Ventura II: When Nature Calls, followed. Recently, he starred in the landmark, award-winning documentary, I Am Comic, opposite Tim Allen, Lewis Black and in the feature doc, Dying Laughing, alongside Jamie Foxx, Kevin Hart, Amy Schumer and Sarah Silverman.

Davidson’s hilarious impressions of Sammy Davis Jr., Michael Jackson and other icons have become infamous. His visibility on In Living Color led to three Showtime specials: On Strength of New York, Illin’ in Philly and Takin’ it to DC. Tommy is the host and star of Showtime's Chocolate Sundaes special (eOne) which garnered rave reviews upon premiere and remains one of eOne Film's best sellers.

His elasticity as a performer who delivers on the small screen ranges from recent guest starring roles on BET's Real Husbands of Hollywood, opposite Kevin Hart and Nick Cannon and Celebrity Wife Swap. As a voice artist, America has fallen in love with Tommy as the star of Will Smith’s animated series, Youngin’s, Disney’s animated series, The Proud Family and alongside Michael Jai White in the critically-lauded spoof comedy, Black Dynamite (Adult Swim) as the character 'Cream Corn.'